In the meantime, businesses rely on multiple numbers of forms to collect data from the employees for different fields in the office such as paid time off request forms, purchase forms, surveys, and sales-related data for contracts and legal instruments.

To tune in with this, Microsoft introduced InfoPath 2013 which started as a PDF replacer but ended in as an e-forms tool for businesses. Again to overcome this settlement, Microsoft announces PowerApps and Microsoft Forms to reallocate InfoPath.

Looking to learn PowerApps, check out the Power Platform training.

Many developers were confused regarding the product but Microsoft stayed on its words to deliver a low code and easy way to build forms and applications using PowerApps within the SharePoint Online environment. Let us dig in some benefits which you surely don’t want to miss out!

Now, we will see some of the benefits of PowerApps for SharePoint.

In the initial stage, InfoPath had limited capabilities when it comes to web forms of support for mobile devices.

With the help of PowerApps, the users of SharePoint can interact with simple to complex forms using iOS, Android, Windows, and Linux, etc. to expand the platform by reaching users of the different fields on different systems.

PowerApps neither require data in the forms to store in SharePoint lists unlike InfoPath nor does the user need to navigate to SharePoint sites for accessing the forms.

This feature adds flexibility to make PowerApps available through the native app within multiple platforms by completely passing the SharePoint and allowing the users to store their data in a variant data sources such as cloud databases, web services, Excel, OneDrive and on-premises SQL.

Some users also resorted to third-party applications to deliver content to smartphones and tablets as SharePoint did not support the forms to access from mobile view, but when it resolved all these problems.

The users saw few benefits as PowerApps now support cameras, GPS, barcode scanning, and orientation which can now be used with SharePoint.

SharePoint developers may face slight trouble while dealing with the web-based forms as it requires more coding than InfoPath forms as InfoPath provides flexibility for organizations to collect business data for building forms.

To access the forms and screens regardless of the OS and browser PowerApps eliminate the burden of enabling users to access it.

InfoPath required advanced development skills to build complex forms which were considered as its drawback.

To this, PowerPoint attracts business users and non-techie persons by pursuing them for browser-based application and form designer, also build mini-apps and allows them to solve their challenges.

PowerApps has proved to deliver more functionality than InfoPath and so does its access comes at a price. PowerApps also has the free edition which has limited workflows and data storage as compared to the paid enterprise plans.

In the end, it all depends on the administrators who must define their needs are when it comes jumping to PowerApps in full bash.

Bhawana Rathore is a Microsoft MVP (3 times in Office Apps & Services) and a passionate SharePoint Consultant, having around 10 years of IT experience in the industry, as well as in .Net technologies. She likes to share her technical expertise in EnjoySharePoint.com and SPGuides.com 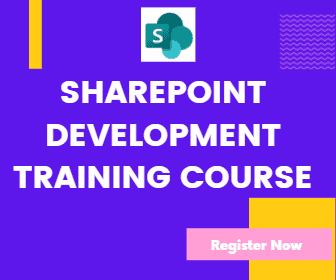