I have created a Country list which has only one column name as Country, Here I have renamed the Title column to Country. And I have added a few items to the Country list and the list looks like below: 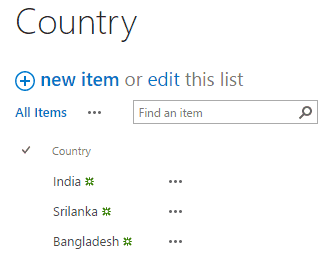 I have created another list name as “State” which has two columns, One is the State column (I have renamed the default Title column) and another one is lookup column name as “CountryName”. This column is populating from the Country list which we have created above. And I have added a few items to the State list also. It appears like below: 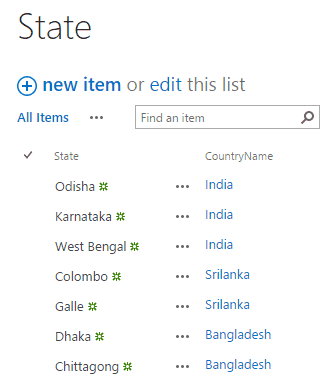 Now open the SharePoint Online list where you want to add the cascading drop-down. From the Ribbon of the list, click on Nintex forms to customize the list form. This will open the Nintex forms designer. There first we need to add two lookup fields. So expand SharePoint section and then drag and drop List Lookup to the form. 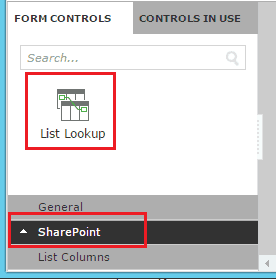 You can also add two labels for the corresponding dropdowns. Here one dropdown for Country and another dropdown for State as shown in the fig below:

Now to let it work as per the requirement we need to do some configuration settings for both the controls. First Double click on the Country drop-down, which will open the Control Settings dialog box.

Give a name for the control, the from the Source List, select the Country list. Because the data could come from here. List Column name as Title. Here I have put a validation so that user will be bound to select one country. Make Required property as Yes to make it mandatory. You can also set the error message which you want to display if validation fails. Click OK to Save and the properties should look like below: 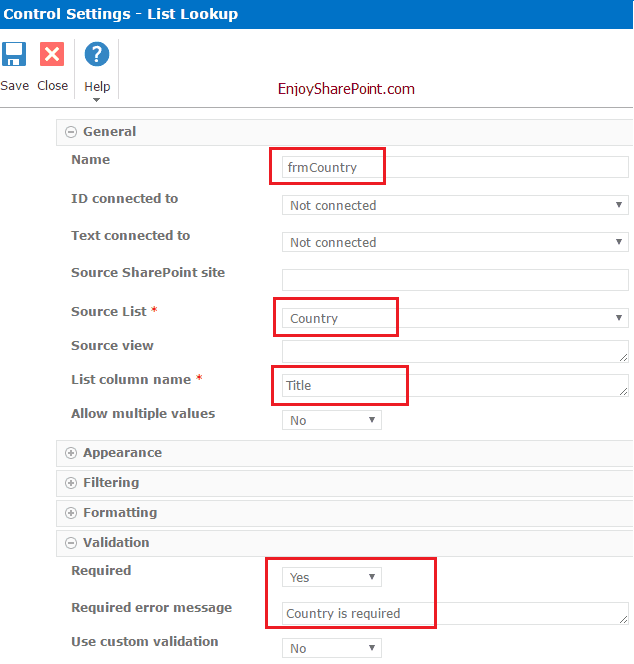 Then double-click on the State dropdown to open the Control settings window. The same way we have to give a name, then the Souce list as State and column name in the List is Title.


Here we need to do the filtering settings. First, choose:
Filter available selections as By a control’s value.
In the Where field chooses the Column name from the State list. Here the column name is CountryName. This is our lookup column name.
Then Filtered by control choose the Country form field name. Here we have given the name as “frmcountry“. For the State field also we have chosen the Required field as Yes so that user will bound to choose a state. 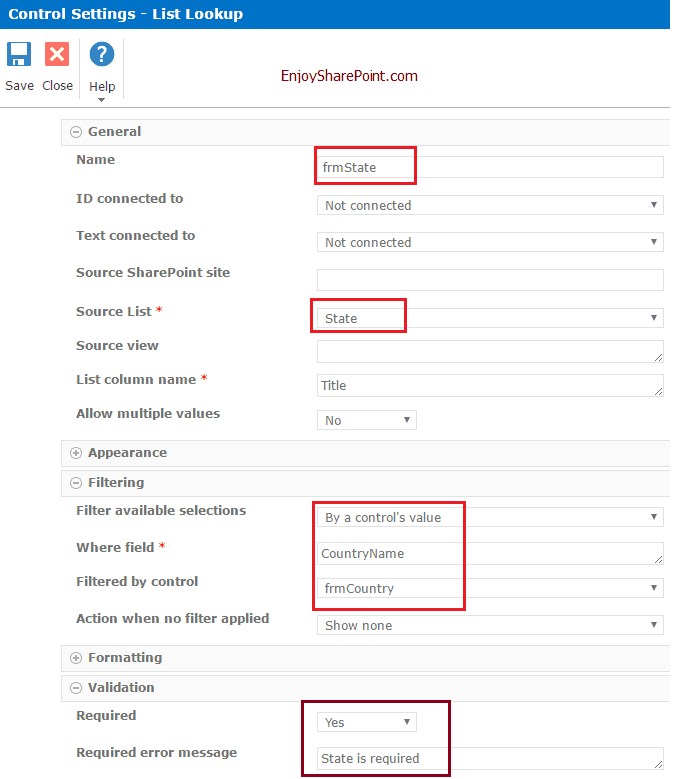 Now Publish the form and then Open new form by adding an item to the SharePoint list. In the form if you will choose a Country, corresponding States will appear as shown in the fig below:

You may like following Nintex forms for Office 365 tutorials:

Hope this will be helpful.

I am Bijay from Odisha, India. Currently working in my own venture TSInfo Technologies in Bangalore, India. I am Microsoft Office Servers and Services (SharePoint) MVP (5 times). I works in SharePoint 2016/2013/2010, SharePoint Online Office 365 etc. Check out My MVP Profile.. I also run popular SharePoint web site SharePointSky.com

Bonus you will get: