This SharePoint InfoPath tutorial, we will discuss how to add multiple lookup columns in SharePoint list InfoPath form. We will see also, how to solve the error, This view cannot be displayed because the number of lookup and workflow status columns it contains exceeds the threshold (8) enforced by Administrator. Sharepoint has a limitation that … Read more 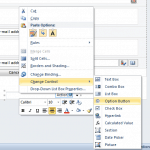 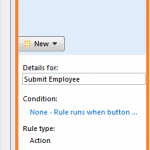 This InfoPath 2010 tutorial explains how we can change to different views in InfoPath 2010 form based on a certain condition in SharePoint 2010. Suppose an employee sends a leave request to a company. Then the request may go to Team leader, HR etc. So whenever an employee opens the InfoPath form he should see … Read more

This InfoPath 2010 tutorial explains, What is the difference between the main data source and secondary data sources in InfoPath 2010 in SharePoint 2010. Every data showed in an InfoPath form, is stored in form’s data source. A data source contains fields and groups. Then suppose you add a control then this control is bound … Read more